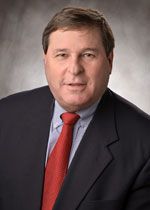 Don concentrates his efforts on New Business Development. He works our team of professionals in Retail, Office and Industrial Sales and Leasing.

Donald Goldberg retired as President of D. D. Jones Transfer and Warehouse, Co. Inc. where he was employed from September 2001 to July 2012.

He is a current member of City Council in Suffolk.